Vanya Edasseril is the youngest child of Rillana. At her current age, she is 151 years old, stands 5’6”, and weighs a light 97 lbs., with dark brown hair. She has never really gown beyond her childhood size. She has grown accustomed wearing her hair long and flowing.

Vanya was always a temperamental and willful child, this has a great deal to do with the loss of her mother and the subsequent marriage to Tove. Vanya was barely old enough to understand the reasons why her mother would not be returning then her father was married and having another child with his new wife. This early trauma has been a constant burden she has had to bear. This created a sense of distrust and loss, as she felt cast aside in favor of her siblings and the new wife.
As such, her childhood was spent playing pranks on her siblings and tricks that sometimes left the recipient slightly injured due to a failure to understand the ramifications of her actions. These pranks never did bring her the attention of her father, as she had hoped, but it did draw the attention of Hialin. He felt that she had great potential but needed a great deal more training and world experience when dealing with individuals outside the household. As such, Hialin conspired with Isandral, the head priestess of the church of Celasita, to move her into the church as a courtesan and spy in training. When Vanya turned 80, she was called into a closed meeting with Hialin, Isandral, and her father and was told that she was being chosen for the service in the name of the church as a courtesan in the capital for the royal court. Being selected was a great honor and setting up this agreement was going to cost her father a personal favor later.
This was the first step in her training to become a spy for Hialin in the elfish court. Due to her position and standing as a royal she was able to gather a great deal of information in her profession and helped Hialin stay one step ahead of his detractors with the information she was able to gain from the men and women who came to see her in the church. As time passed, Hialin would train her further in different languages, and cultures, as well as testing her mind to ensure she was of strong will and quick wit. Until recently she has had a great deal of success in the court, that changed when her father returned to the court and demanded that the children at the court, Vanya didn’t know that more of her siblings where at court, be returned to him in order to assist in the rule of his estate. At this time she is just returning to the family she has not seen for close to 70 years, and explain what she has been doing during that time, which some of her family may not understand. 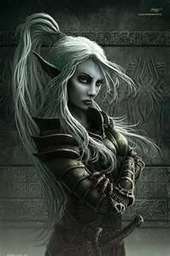 Ascendant campaigns can view previous versions of their pages, see what has changed (and who did it), and even restore old versions. It's like having a rewind button for your campaign.

We've already been saving your edits, so if you upgrade now you will have instant access to your previous versions. Plus, you have our no risk refund guarantee , so there's nothing to lose.