Legacy of the Forlorn is a character-driven campaign focusing on themes of family, honor, and responsibility. The players take on the roles of young elven nobles, part of a family of nine siblings blessed with the gifts of nature and burdened with the responsibility of protecting their nation.

The player characters are the children of Caladlon Edasseril, a wise and honorable druid who serves as the lord of the southern domains of Kyonin, the ancient and isolated Kingdom of the Elves. The great nature spirit of Fireani Forest blessed Caladlon and his lands with a powerful bounty: unending fertility and growth. Caladlon himself has reaped astonishing rewards as a result of this blessing, the greatest of which are his nine children—an extraordinary achievement for an elf, as they reproduce rarely despite their remarkably long lifespans. Caladlon’s children are his source of joy, the lights of his life. He bears a tremendous love for each of them.

But although Caladlon has known great happiness, he has also known terrible grief. His lands have been locked in conflict. It is his responsibility to watch over the polluted grove of Tanglebriar, and hold back the demons who occasionally stray from its tainted borders. It is also his responsibility to protect Kyonin from the savage goblins and orcs of the eastern scrublands and the untrustworthy humans of the western plains. He has been to war many times, and seen far too much death and destruction.

Caladlon has also known grief in his personal life. His first wife, the priestess Rillana, died in battle. His second wife, a brilliant sorceress named Tove, died during childbirth. And his third wife, Vailes, vanished mysteriously almost forty years ago.

As the long seasons have passed, Caladlon has fallen deeper and deeper under the thrall of his grief. The elves of Kyonin call him “Caladlon the Forlorn”. Fortunately, Caladlon is wise enough to see that his grief would eventually begin to affect his judgment and ability to lead. With this in mind, he has begun to prepare his children to rule in his stead.

As the campaign begins, Caladlon has just decreed that his children will work together, as a council of equals, to oversee his responsibilities. The Council of Nine prepares to hold court for the first time… 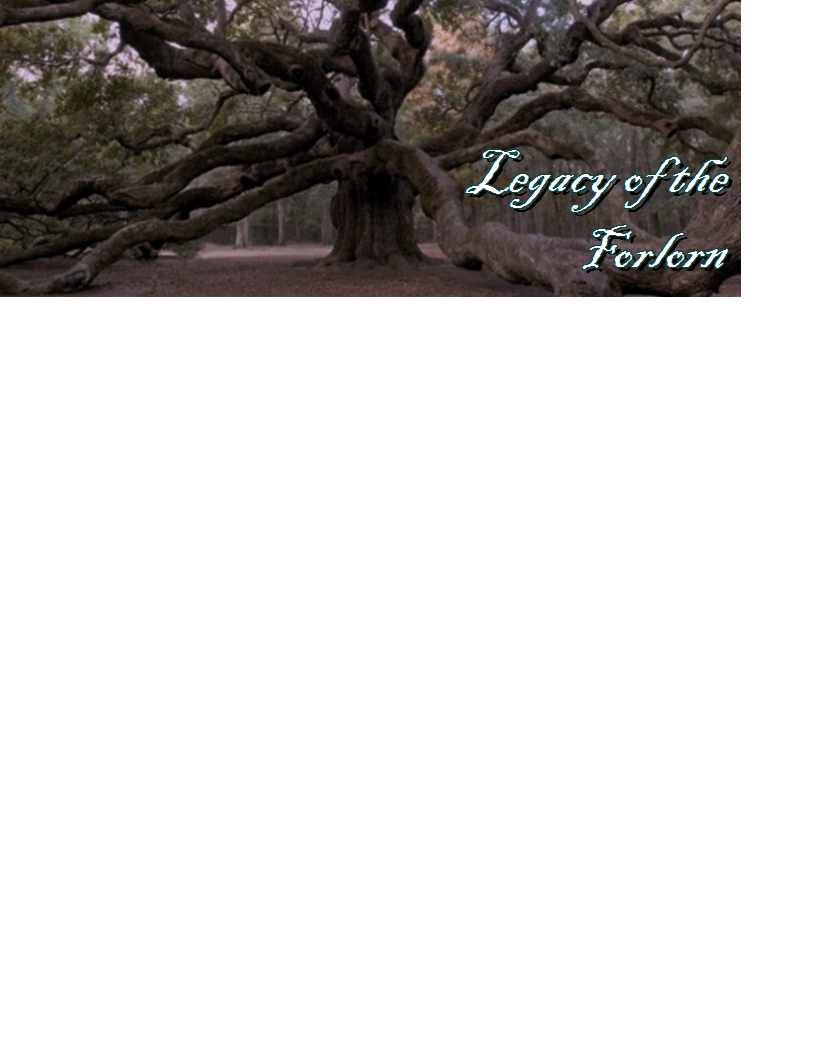 Legacy of the Forlorn Comments

Feel free to borrow the Demon Binder idea. I basically stole the concept from one of my favorite anime, Kishin Dōji Zenki (http://en.wikipedia.org/wiki/Zenki). _

Your list of items is incredible. I was particularly interested in your “Demon Binder.” If you don’t mind, I think I will borrow that idea.

Hope your enjoying your game? :)

If you get time please check out our Earthdawn page, were just setting it up so it’s not much at the moment but defiantly look forward to using the site more :)

The Circle of Light